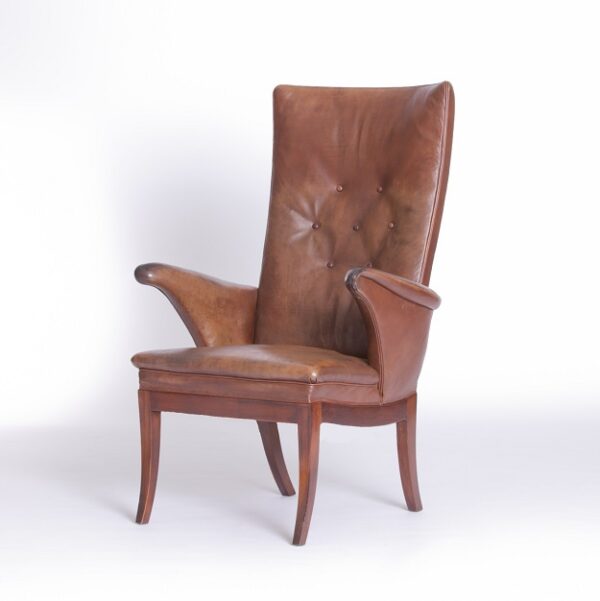 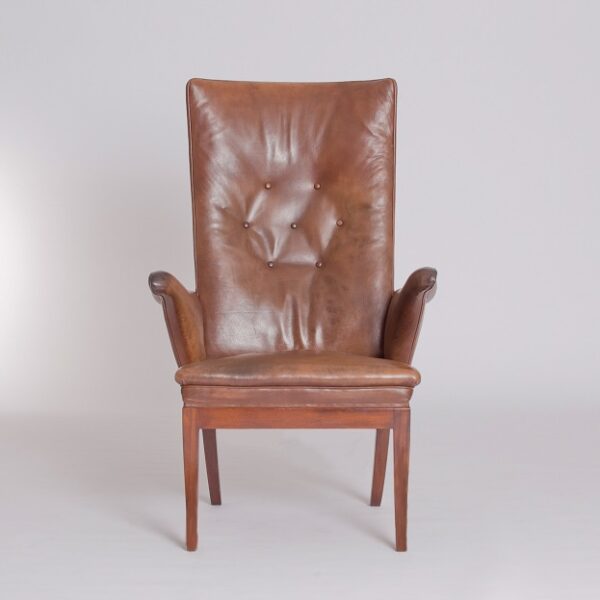 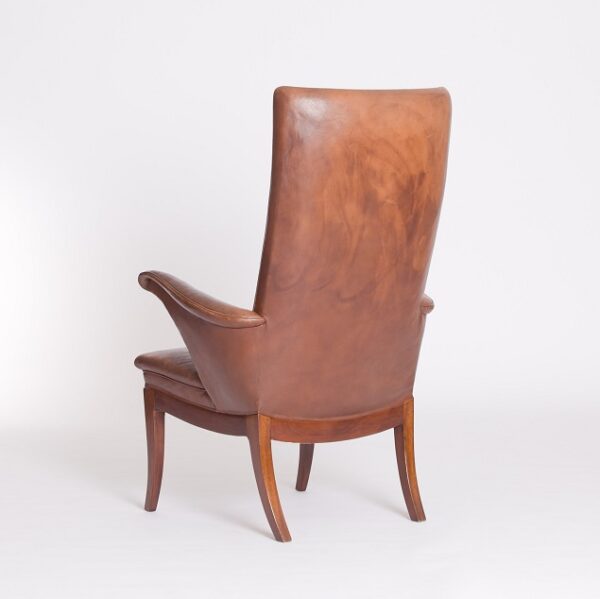 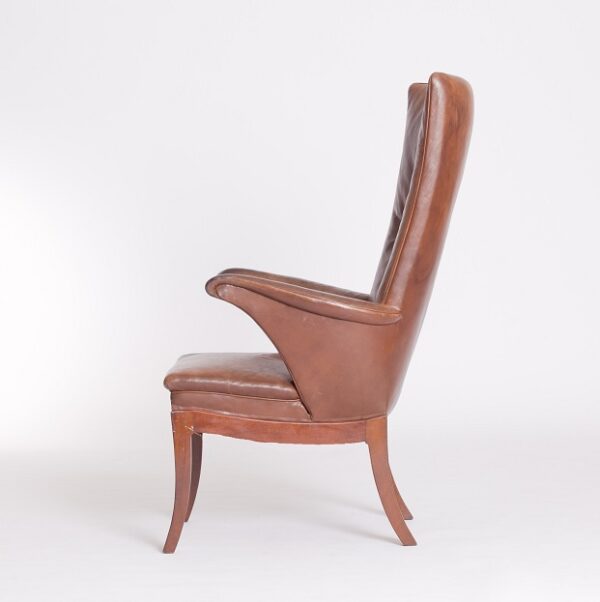 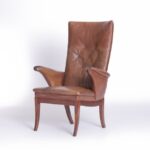 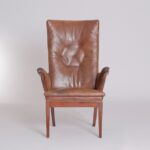 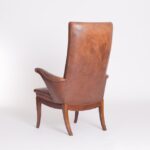 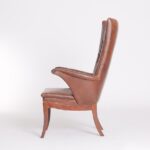 This high-backed leather armchair by Danish designer Frits Henningsen (1889-1965) is exceptionally rare and quite possibly the only one in Australia. Designed and manufactured circa 1935 it has a subtly curved high-back, arms that culminate in fist-like forms, and elegant legs that appear to sit lightly on the floor.

Working in the 1930s and 1940s Henningsen preceded the mid-century Danish designers and his work consequently bears more traditional lines and forms than the clean simplicity of Danish modern. Henningsen took on the task of both designing and producing and made every piece by hand often using exotic woods such as rosewood and mahogany in combination with warm leather upholstery.

Henningsen took a traditional approach to style and comfort and believed furniture should have curving forms for a homely look. He drew on a consistent design vocabulary that has made his work instantly recognisable: softly curved backs, arms, and wings that are both modern and traditional. These elements are visible in the high-back armchair at Vampt Vintage.