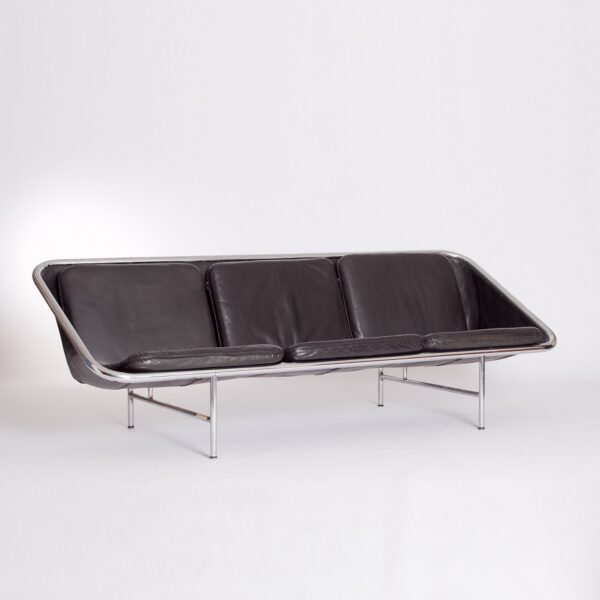 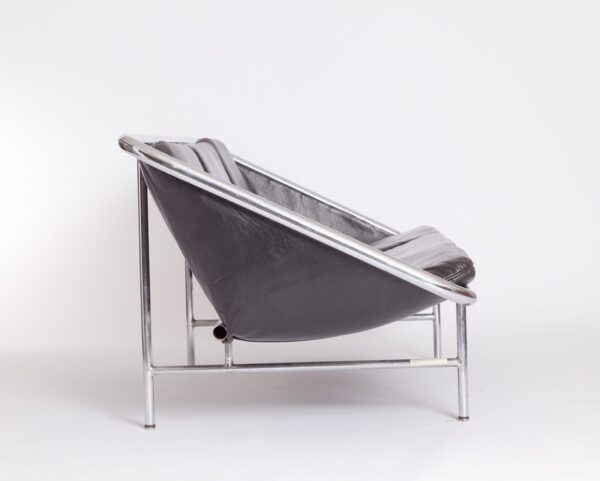 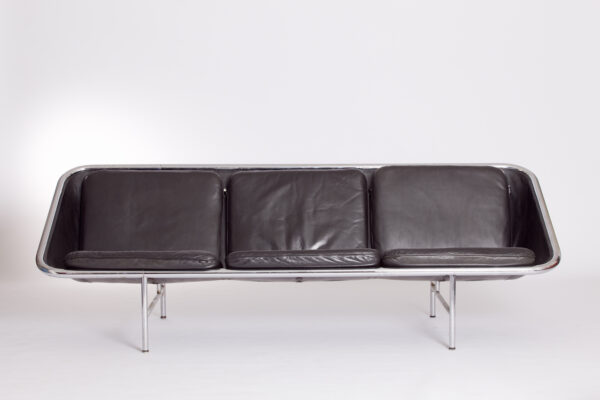 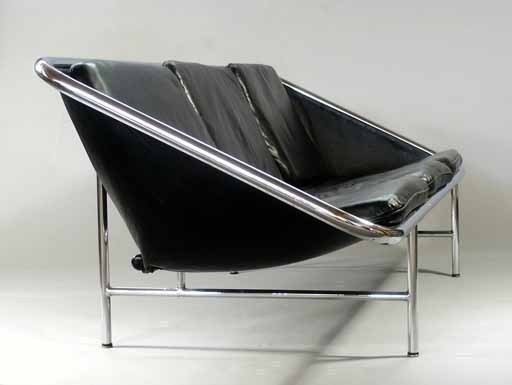 George Nelson designed the Sling Sofa in 1963 and Herman Miller produced it in 3 different sizes ? 2, 3, and 4 seaters. It has leather seats, a chrome frame and slim chrome legs. While it is well proportioned with a light appearance, there is more going on in the construction and design of this sofa than meets the eye.

The story goes that George and his wife Jacqueline were taking a drive through the French countryside in a Citroen 2CV Nelson. Noticing the exceptional comfort of the seats, George asked Jacqueline to hop out of the car so that he could remove the car seat and examine its structure. The seat had tubular steel frames and rubber band straps for springing and support.

Nelson experimented with the design on his return to the United States. The Sling Sofa was the result of three years of development; Nelson attached a leather sling to the perimeter of the chrome frame and supported it with rubber straps for suspended and more supported comfort.

A big focus for us at #vamptbyronbay is ...

Here we are again featuring the Joaquim Tenreiro ...